Home > News > How safe is your car? Must have car safety features

How safe is your car? Must have car safety features

Whatever you use your car for on a daily basis, the old adage ‘better safe than sorry’ is a good reminder that you should spend some time familiarising yourself with the safety features the vehicle offers.

Before we look at some must have car safety features in modern cars, it is worth considering how the features are distinguished. Primary safety features are those that that help you avoid a crash. This includes everything from brakes and lights to electronic stability control or lane keeping support.

In the event of a crash, secondary safety features then come into play with the ultimate goal of reducing any injuries that result from a collision. Needless to say this involves things like seat belts and airbags, but also head restraints and even the design of the bodyshell.

Primary car safety features to look out for

With a definition of the features in place we can now explore some primary car safety features and how they work. It goes without saying that all cars have lights and brakes (whether they work properly however will be down to the vehicle’s condition!), so we’ll move straight into the technological elements:

Anti-lock brake system (ABS) – Many of us will have had that horrid experience, we’re pottering along well within the speed limit, but out of nowhere a child chasing his football or a dog bolting loose from its owner runs directly into your path. ABS is designed to help prevent the vehicles’ wheels locking in such a moment of ‘panic’ or ‘emergency’ breaking. This allows greater steering control to help you avoid a collision. 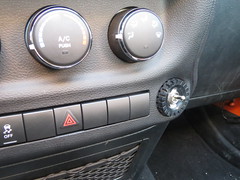 Traction control – This is a feature typically found in vehicles offering four wheel ABS systems. Traction control is basically a system which helps control the amount the drive wheels will slip in the event excess power being applied. It can control the engine output and even apply brake force to some wheels during acceleration. 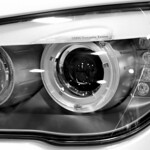 Secondary car features to look out for

Air Bags – Air bags are an essential car safety feature to look out for. These days many cars will feature front and side airbags. Some cars will even feature side curtain, seat mounted or even dual-stage airbags, so there is plenty of variety on offer!

It is important to remember however that air bags are only of use when combined with seat belts, so while we’ve not included seat belts in this list as they’re such an obvious safety feature, it is nevertheless vital to actually use them properly!

It is also essential to read more into the safety of younger passengers as the force of air bags deploying can be devastating. It is for that reason many cars will allow drivers to turn off the airbag, usually with a key. Alternatively a simple solution is to have the children in the back seats.

Stable bodyshell – Not something you want to test yourself for fear of denting your car, simply look at your car’s EURO NCAP crash test score for a good indication of the stability of your car’s bodyshell.

Head rests – As with the bodyshell, a quick review of your car’s EURO NCAP testing score will be a good way to tell how safe your car is when it comes to prevention of injuries such as whiplash. Head rests should be adjustable to the height of those in the seats in order to support the head effectively.

Aside from must have car safety features, there are also some more luxurious elements of car safety you can benefit from in some instances.

For instance, adaptive cruise control takes the element of cruise control and adds extra intelligence via sensors to help adjust the speed of your car in relation to the position and speed of other cars in front.

Then, there are lane departure warning systems as another novel safety extra rather than an essential car safety feature. This helps keep motorists in the right lane by sending out an automated warning when the vehicle drifts over the lane markings.

In the case of active lane departure systems – a feature typically known as Lane Keeping Assist – this safety measure will not only sound a warning, but also move to correct the vehicle’s course if no action is taken. The system comes into play by taking over the power steering in order to make sure the vehicle stays within the lane markings and lane drifting does not occur.

Finally in our list of additional car safety features worth considering if you have that extra bit of cash there are reversing cameras and parking sensors. Sensors can be fitted both front and rear, with the rear sensors now often supported by a camera and warning system to help you avoid any rear collisions in the car park. These sensors have all been used to such great effect now that some vehicles even offer automatic parking systems.

Nowadays there are so many technological enhancements to help car safety that is often hard to keep up. Car safety features of the future are sure to build on these enhancements. We already have electronic safety control (ESC), electronic brake-force distribution (EBD) and all sorts of other new developments such as autonomous emergency braking (AEB), which are all sure to help increase car safety even further.

Research the topic well and you’re sure to find a suitable car out there, whatever you use the vehicle for during the day.