Home > News > Should you buy an electric car with a battery or without?

Should you buy an electric car with a battery or without?

Vehicle manufacturers are starting to realise that all the cars they produce cannot be powered by just fossil fuels such as petrol and diesel. Aside from the environmental impact of using such fuels (CO2 or carbon dioxide emissions), there is also the fact that we use fossil fuels at a rate much faster than it is being naturally produced. 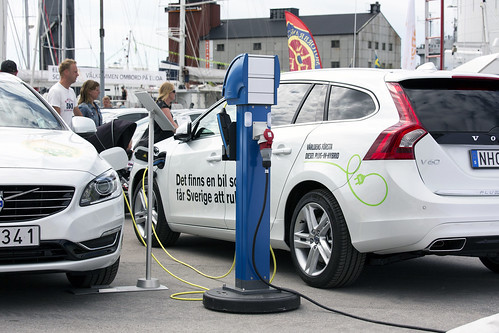 The case for owning an electric car

One way that vehicle manufacturers can combat such problems is by producing electric cars. You might think that this is some new, futuristic technology, but actually electric cars were really popular at the turn of the 21st century.

Their use, however, declined when more affordable petrol and diesel-based cars were being produced, but now that trend is reversing as components for electric cars become cheaper to manufacture, and government grants enable the overall purchase price to be significantly lower than the forecourt prices.

A scheme is even in place where you can have a charging station installed in your home free of charge, so as you can see there are many benefits to owning an electric car.

One of the main reasons why electric cars are more expensive than their petrol or diesel-powered counterparts is the cost of the battery. Although the cost of producing parts such as electric motors and batteries is coming down in price, batteries are still typically an expensive item.

French car manufacturer Renault has become the first electric car maker to offer battery leasing options to its customers, rather than paying for a battery upfront as is the case with other manufacturers. But if you are going to buy an electric car, should you buy one with the battery, or should you just buy the car and lease the battery on an ongoing basis? Here are the pros and cons for both cases.

The pros of leasing a battery

Residual value – by leasing a battery, you will actually be improving the residual value of your electric car. Using the Nissan Leaf as an example, if the car was purchased with the battery it would only retain 35% of its value after three years. But if the car was purchased without a battery and you leased the battery on an ongoing basis, the car’s value would actually be over 54% of the purchase price for the same period.

Fully maintained – batteries would come with a minimum charge guarantee, so if it started to fail the company would simply give you a replacement battery.

The cons of leasing a battery

Ongoing costs – although you would typically save money per mile, a lease is still an ongoing cost rather than a one-off cost, so you would have to ensure that you can afford the monthly lease costs regardless of whether your personal circumstances might change in the future.

Lifespan – The lifespan of a new battery in a car is now ten years and upwards. So, though you do save on the initial price of the car, is it really any better if you intend on keeping the car for a decade or so? In addition, expect battery lifespans to be even further prolonged in newer models.

As you can see, there are more pros than cons to battery leasing. Renault is the first car manufacturer to offer such a facility and Nissan has been offering this option since summer. It is hoped that in the near future other car manufacturers such as Peugeot, BMW and Volvo will also offer this option to consumers.

About the author
Cormac Reynolds is a lover of cars and autos and has written for a variety of sites in his time. He is also a lover of travelling.